The story you are about to read is true. Only the names have been changed to protect the innocent and not so innocent.

A client of mine was approached by the former web developer & Search Engine Optimization guy of their main competitor. My client was very up front with me and told me that they wanted to hear what the guy had to say and that they would tell me what transpired. 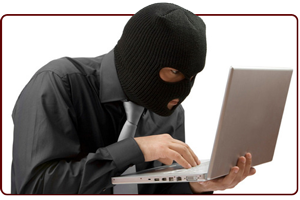 This person met, they talked and my client called me to give me the gist of things. Apparently he and his former boss had had a falling out and had since parted ways. He now promised to do what he had done for his former boss for my client: he would help by driving more business to them. He said that he would do this for whomever wanted to “beat” his former boss in this limited geographic area. I pointed out to my client that this unethical, that you can’t serve multiple masters and that this made me suspicious of this person.

It’s a tough world out there, very, very competitive. My client decided to give this guy a chance on the condition that he not touch their web site.

What he did was to set up fake company web sites for their industry with phone numbers that he controlled that would ring through to my client. But in an effort to rank he also created a fake business with my clients street address, complete with Suite number on a Google Maps listing!

He was essentially being paid to put himself between my client and his customers! He was chewing and swallowing the customers whole! No contracts, just a handshake agreement, money due every week!

Here is where my client started to have problems: The effect of this was that their own Google Maps listing, with the exact same address remember, disappeared from the search results for their most valuable keyword terms! The quality of the leads that came in was very, very low: anyone who came to these super low-quality, generic sites obviously did not have well developed power of discernment. In fact they were all low price shoppers, calls from India trying to sell them stuff, just horrible

My client began to realize what was going on: they had unwittingly paid a parasitic person to insert themselves in their business! The person was unethical, willing to sell his traffic to anyone in their industry who would pay him.

Thankfully we’ve been able to help them reclaim their livelihood, their web site and the business generated from it makes up a huge percentage of their new business. Do your homework, find an ethical online marketing and web development company and sleep well at night.