“I think the creation of Art need not lead to alienation and can indeed be highly satisfying; one pours one’s subjectivity into an object and one can even gain enjoyment from the fact that another in turn gains enjoyment from this. Although the drawings and paintings I make are based upon photographs, videos stills etc , the idea is to go beyond the photograph. The photo is used to create a subtler and much more complex focus on the subject depicted, The virtual image becomes the living image, an intensification of the normal. These objects and scenes in my drawings are meticulously detailed to create the illusion of a new reality not seen in in the original photo. The Hyperrealist style focuses much more on its emphasis on detail and the subjects depicted. Hyperreal paintings and sculptures are not strict interpretations of photographs, nor are they literal illustrations of a particular scene or subject. Instead, they utilise additional, often subtle, pictorial elements to create the illusion of a reality which in fact either does not exist or cannot be seen by the human eye. Furthermore, they may incorporate emotional, social, cultural and political thematic elements as an extension of the painted visual illusion; a distinct departure from the older and considerably more literal school of Photorealism.” Paul Cadden 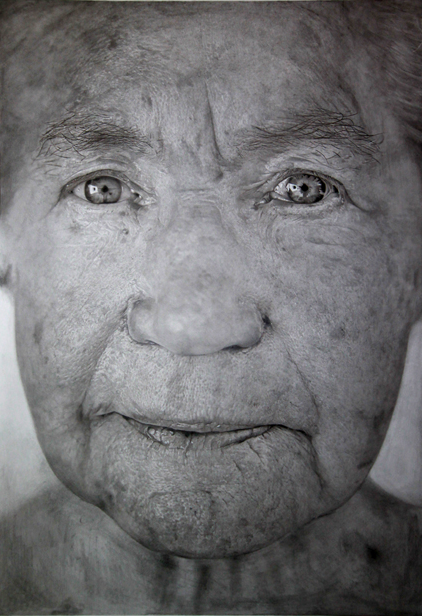